It was another beautiful day at the marina with many of our customers choosing to escape the heat and grab a few cocktails by the pool.  We also had many of the customers in the boatel taking advantage of the holiday weekend putting their boats in for a little cruise.  The weather offshore left most of our charter fleet at the dock today.  The crew of the Marli was the only boat to venture offshore returning from the Baltimore Canyon with 3 bluefin tuna and 1 dolphin.  The forecast is more promising for tomorrow and we have more boats who are going to give it a try, we will keep you posted on how they make out!!

Well we sure kicked the weekend off with a bang! With beautiful weather, the holiday weekend and fish nearby several boats ventured out of the marina today in search of the tuna and dolphin bite that’s been reported. Fishing in the Poor Mans Canyon was the “Marli” catching 2 bluefin, while releasing several others, and 4 dolphin, the “Zipper” catching 2 bluefin and 2 dolphin, the “Roncito” with 2 bluefin, while releasing 3 others, and 5 dolphin, and finally the “Blood Money” catching 1 bluefin and 1 dolphin. Venturing out to the Baltimore Canyon was the “Reel Chaos” who had a fantastic day catching the 1st yellowfin we’ve seen on the dock this year, 3 bluefin, and 8 dolphin!

Another beautiful day at Sunset Marina and a few of our boats took advantage, venturing offshore to see what they could find.  The Baltimore Canyon was the location of choice today with all of our boats returning successfully from this spot.  First back to the dock was the crew of the Double J with 3 bluefin tuna and 2 dolphin.  Next up we had the Magic Moment who were 4 for 6 on bluefin tuna and they kept 2.  Finally was the Marli returning with 2 bluefin tuna.  The weather forecast is looking nice for the upcoming holiday weekend and it is not too late to book your next fishing charter!  Give us a call at 410-213-9600!

The bluefin tunas have arrived! Venturing out to the Wilmington today was the ‘Southern C’s’ catching 4 bluefin while releasing 20 more, the ‘Double J’ catching 3 bluefin and 2 dolphin and finally the ‘Primary Search’ catching 2 bluefin and releasing 16 more. The ‘Marli’ had there first trip of the season today resulting in 4 bluefin while releasing 20 more. The bluefin bite is certainly heating up, as several boats look to be fishing tomorrow as well!

We are happy to report that things are finally starting to kick off at the marina for the 2019 season!  Many of our boats have been launched and are happily back in their slips after spending a long winter in the boatyard getting ready for the season.   The marina was a flurry of activity with people fueling up, cleaning their boats and there was even a nice crowd enjoying cocktails at the restaurant.  We also had our first boat venture offshore today and they did not disappoint!  The crew of the Reel Tight fished in the Baltimore canyon and had a great day catching 3 bluefin tuna, and releasing another 20.  Looks like some weather coming in will keep the boats at the docks but we will keep you posted on any other reports we get in the next few days!

It was another beautiful day offshore today and a lot of the boats in our fleet took advantage of it once again!  The first back to the dock was the crew of the ‘Boss Hogg’ returning from the Rockpile with 60 dolphin, 20 tilefish, and 36 sea bass.  Fishing alongside them was the crew of the ‘Marli’ who returned with 60 dolphin and a white marlin release.  The other two boats in the fleet fished in the Washington Canyon today.  The ‘No Quarter’ returned with 3 white releases while the ‘Fish On’ caught 10 dolphin and also had 2 white releases.  We do have a few boats who may fish tomorrow so be sure the check back and see what they are able to find tomorrow!!!

It appears that our summer like weather ends after today and with that the fishing season is slowing down at the same time.  We only had two boats out on this beautiful day.  Fishing their last day of the season in the Poor Man’s was the crew of the ‘Osprey’ who returned with 60 dolphin and they also had a white marlin release.  The crew of the ‘Sea Hag’ was fishing between the Poor Mans and the Washington Canyon and were four for four on white releases and they also caught a bunch of dolphin.  The weather looks to be a little sporty the next couple of days so the last few boats we have that are fishing are keeping a close eye on the weather and picking their fishing days carefully.  We will continue to keep you updated on what they do!!

85 degrees in the middle of October? That’s right! This beautiful weather sticking around is allowing our charter boats top fish well into the season and result couldn’t be better! We had 3 boats venture offshore today each having quite a successful day. The ‘Osprey’ ventured out to the Hot Dog today and caught 60 dolphin while also releasing a white marlin. Heading to the Washington Canyon today was the ‘Marli’ who brought 60 dolphin back to the dock, along with the ‘Sea Hag’ who had a very impressive day catching 60 dolphin and releasing 2 white marlin. Its looking like tomorrow may be the last day of fishing for the year for most of our boats so be sure to check in tomorrow for what may be our final fishing report of the 2018 season!

Mahi Mahi anyone?! With another beautiful day here at Sunset Marina we had 2 of our charter boats venture out to the Washington Canyon in search of the elusive mahi mahi and they weren’t disappointed! First back to the dock was Captain Joey Drosey and the ‘Osprey’ catching 60 dolphin and releasing 1 white marlin. Closing following was the ‘Marli’ catching 60 dolphin as well! It looks like there are a few nice days left in the season, so be sure to check back in for tomorrows report

Its October 7th and the weather couldn’t be nicer for a day out on the water. We had several boats fishing today as the season seems to be winding down. The Washington Canyon was the hot spot yet again today as most of our boats ventured there including the ‘Osprey’ catching 50 dolphin, the ‘White Lightning’ catching 25 dolphin and releasing 1 white marlin, and the ‘Marli’ catching 60 dolphin. Fishing in the Norfolk Canyon was the ‘Theresa Jean’ catching 6 dolphin and releasing 3 white marlin. With beautiful weather conditions in the forecast tomorrow its looks as if we will have a few boats fishing, so be sure to check back in with us for all the action!!

It started off being a rather nice day here at Sunset Marina, but with a slight change in weather the rough seas made our boats return back to the dock a little sooner then normal. All boats ventured to the Washington in search of a few more white marlin and they weren’t disappointed. The ‘No Quarter’ returned with 3 white marlin, the ‘Buckshot’ returned with 2 white marlin, and finally the ‘Gret’s 3 J’s’ returned with 4 white marlin. It looks as if the weather is going to continue to be nasty throughout tomorrow but be sure to check back in with us this weekend for all the action!

Don’t have a group of six people to book at charter trip? Let the staff at Sunset Marina find a group of other individual anglers for you. Just call the office to make your reservation and payment of $400.00* and await our phone call confirming a trip (*price reflects a cash discount). 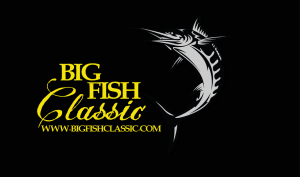