Venturing out to the Poorman’s Canyon today was the ‘Buckshot’ returning with 2 dolphin and releasing 3 dolphin and the ‘Second Chance’ releasing a blue marlin.

Congrats to all winners and participants of this year’s Canyon Kick Off! We look ahead to next week as captains and crews prepare for the annual Ocean City Tuna Tournament!

The docks were buzzing with activity today as many of the crews were prepping and fueling all day getting ready to fish tomorrow.  We did have a few boats go out today and they were not left empty handed.  First back to the dock was the crew of the “No Quarter” who fished in the Triple zeros and caught 4 nice big eye tuna and 4 yellowfin tuna.  The Baltimore Canyon is where most of the rest of the fleet returned from today.  The “Osprey” had 3 yellowfin, 3 dolphin, and released a white marlin.  The “Southern C’s” caught 4 yellowfin and the “Marli” caught 7 yellowfin.  The crew of the “Fish On” had 3 yellowfin and a dolphin, while the “Boss Hogg” caught 2 yellowfin, 4 dolphin, and released a white marlin.  Our only boat that went to the Poorman’s today was the “White Lightning” who returned with 5 yellowfin and had a white marlin release.  18 boats fished the Marlin Club’s Canyon Kickoff tournament today leaving many to still have their 2nd fish day left.  Be sure to stay tuned tomorrow to see how they make out!

Happy 4th of July!  What a day it was at the marina with all of our customers enjoying the holiday in their own ways.  Whether it be out at the pools, offshore fishing, or just hanging out on enjoying a cocktail on the boat it’s always nice to see people celebrating and enjoying a little vacation at Sunset Marina.  The first boat that we had return back today was the crew of the “Magic Moment” who returned from the Washington Canyon with 1 bluefin tuna and a 48″ king mackrel.  Fishing in the same area was the “Southern C’s” who were 1 for 2 on white marlin releases and they also caught a dolphin.  The “Marli” was next back to the dock who reported to release a mako, jump off a blue marlin, while also catching 2 yellowfin and a dolphin.  The “Theresa Jean” returned with 1 yellowfin they also released a white marlin.  Finally we had the crew of the “Quick Draw” return from the Baltimore Canyon with 9 dolphin and a white marlin release.  Judging by the ice orders coming in we have a lot of boats headed out tomorrow so we will be sure to keep you updated on what they find.

There was lots of activity on the docks today as we had several boats come in to enjoy the holiday weekend in addition to the boats we had venture offshore today.  The “Gret’s Three J’s” went to the Massey’s Canyon and returned with 9 bluefish and 2 bluefin tuna.  Next we had the “Whiskey Kilo” who went fishing between the Wilmington and the Baltimore and caught 8 yellowfin and 2 dolphin.  Our next two boats both headed to the Poor Man’s.  First was the “C-Boys” returning with 8 yellowfin and behind them was the “Reel Toy” who caught 7 yellowfin.  Finally we had the “Lucky Duck” return from the Rockpile with 4 yellowfin and 4 dolphin.  Not only is tomorrow the 4th of July holiday but it is the 1st year of the Mid-Atlantic Cup Blue Marlin tournament.  With 5 boats fishing out of Ocean City it is sure to make for an exciting day so stay tuned!

A good amount of boats seemed to be prepping and rigging for tomorrow, so stay tuned for tomorrow’s report!

It’s July 1st already?! This summer seems to be flying by and the fishing doesn’t seem to be slowing down! Venturing out to the Lumpy Bottom today was Captain Joey and crew on the ‘Osprey’ who returned back to the dock first with a 105 lb bluefin, while also releasing 4 more bluefin. Heading to the Norfolk today was the ‘Boss Hogg’ catching an impressive 10 yellowfin and 3 dolphin (1 weighing an impressive 31 lbs!). They were joined by the ‘Double J’ who returned with 1 white release and 1 dolphin. Heading South to the Norfolk was Captain Mark Hoos and crew on the ‘Marli’ who returned with 1 yellowfin and 1 blue marlin release. The ‘Reel Chaos’ ventured to the Baltimore and returned with 1 bluefin.

It was a beautiful day on the docks with temperatures much more tolerable.  Some of the fleet went out to see what they could find and were not left empty handed.  It was an early day for the crew of the “No Quarter” who returned from the Parking lot with 4 bluefin tuna.  Next back to the marina we had the “Osprey” who fished in the Hot Dog today and caught 2 yellowfin tuna.  The Poorman’s was the popular spot for the next few boats.  The “Cabana” had 7 yellowfin, 2 dolphin, and also released a white marlin.  The “Reel Chaos” caught 2 yellowfin and finally the “Marli” caught 9 yellowfin, and a dolphin.  The “Tara Jessica” were the only ones to venture out to the Rockpile and returned with 4 dolphin.  Last back to the dock was the crew of the “Roll Groove”  who fished in the Wilmington and returned with 1 yellowfin and a dolphin.  It appears we have a few boats headed back out tomorrow so stay tuned!

It was another successful day of fishing down at the docks today!  The Washington Canyon was a favorite spot for some of the first boats to return.  The “Zipper”  returned first with 2 yellowfin and 2 dolphin.  The “C-boys” came in shortly after that with 6 yellowfin and the crew of the “Fish On” were the last to return from the Washington with 5 yellowfin.  The crew of the “Boss Hogg” were fishing between the Poorman’s and Baltimore today and caught 1 yellowfin and had a white marlin release.  The “Marli” came in behind them catching 3 big eye tuna, 3 yellowfin, and a dolphin.  Finally the crew of the “Blue eyes” were the last to return from the Poorman’s with 3 yellowfin, 2 dolphin, and they also released a blue marlin.  We have a lot of boats heading out tomorrow and a few boats who also went out on a overnight trip so stay tuned to see how they do!

The heat wave did not stop our boats from heading out today to see if they could find the fish bite once again.  The strategy seemed to be divide and conquer as they all went to various different fishing grounds.  First back to the dock was the crew of the “Osprey” who returned from the Chicken bone with a 64″ bluefin tuna weighing in at a whopping 141 lbs!  The “Zipper” chose to head to the Washington canyon and came back with 7 yellowfins and 1 dolphin.  Fishing in the same area we had the “Roll Groove” who returned with 4 yellowfin and 1 dolphin.  The crew of the “C-Boys” went to the Wilmington Canyon today.  They came back to the dock with 7 yellowfin and 2 dolphin.  Lastly fishing the in the Baltimore Canyon we had the crew of the “Boss Hogg” who returned with 6 yellowfin tuna.  Fishing alongside them in the Baltimore canyon was the “Fin Razr” who caught 5 yellowfin, 5 dolphin, and released a white!

Don’t have a group of six people to book at charter trip? Let the staff at Sunset Marina find a group of other individual anglers for you. Just call the office to make your reservation and payment of $400.00* and await our phone call confirming a trip (*price reflects a cash discount). 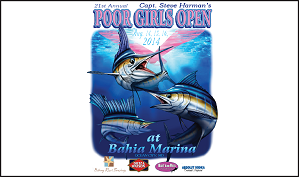